On Tuesday night, ArcBlock gave a lecture about our newly launched blockchain application framework called Forge. The video and learning session can be found at ArcBlock Learning Page. During the first half of this lecture, we briefly reviewed blockchain technology and identified that the industry and how blockchains are being created is at a crossroads. 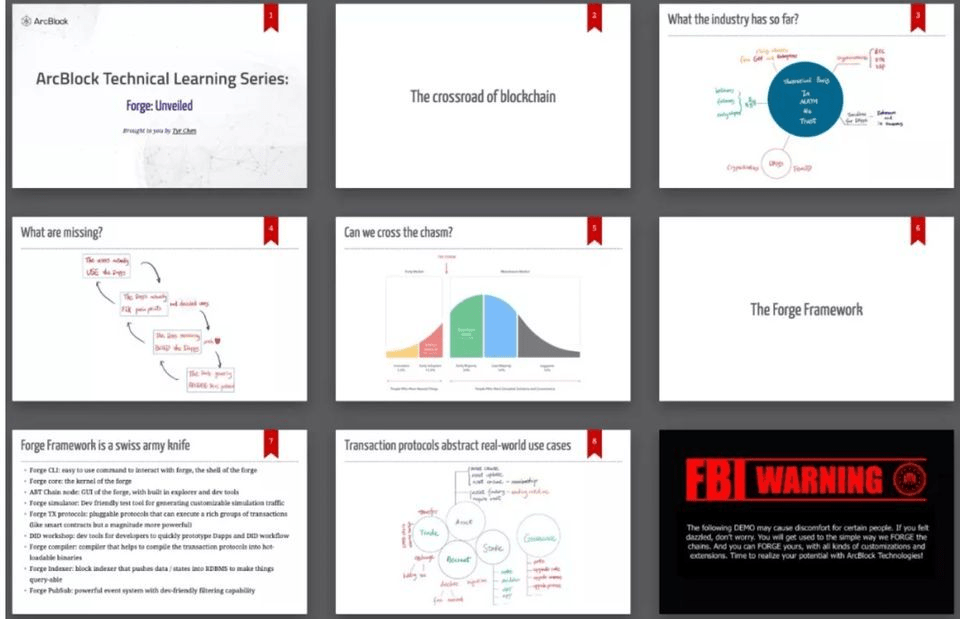 Over the past decade we have seen Bitcoin, Ethereum and its successors show us the unique charm and potential a new type of data that is open, verifiable and cannot be easily tampered with. During that time, we have seen a range of blockchains and services including the introduction of public chains, consortiums, side chains, cross chains and so on.

The problem is that many of these new blockchains aren’t good, or really even usable, and the ones that are like Bitcoin and Ethereum are limited by their own design. For blockchains like Ethereum and Bitcoin to be possible, developers and users have to learn specialized programming languages, are stuck with many types of scaling limitations and in reality are not given the freedom to design their applications and blockchains around their specific use cases, but rather their apps are built around the requirements of the public chains. On the good side, these public chains have good security and ensure compliance around for their specific governance requirements. However, because of these self-imposed limitations, they destroy the user experience including usability, speed and interoperability.

At ArcBlock, we believe that in order for an application to succeed, or a developer platform to be useful, it needs to be useful. And not just useful, but deliver a delightful experience that helps developers and users solve real problems.

Developers can release build amazing apps and services if they use the right tools and have the ability to “create.” Let’s go back and time and for those older than 35 you remember that before the Phone, mobile apps ran on S60 or Windows Mobile. As another comparison, before Ruby on Rails got popular, web development was fractured, basically unusable and didn’t focus on an experience that leveraged technology to improve usability and experiences on both the front-end and back-end. For the iPhone, it wasn’t just hardware that made it popular but in fact was the software and developer tools made available that made building apps on the iPhone possible. Up until today, blockchain had been missing something critical in the overall experience.

So we need to solve the missing part in this flow: 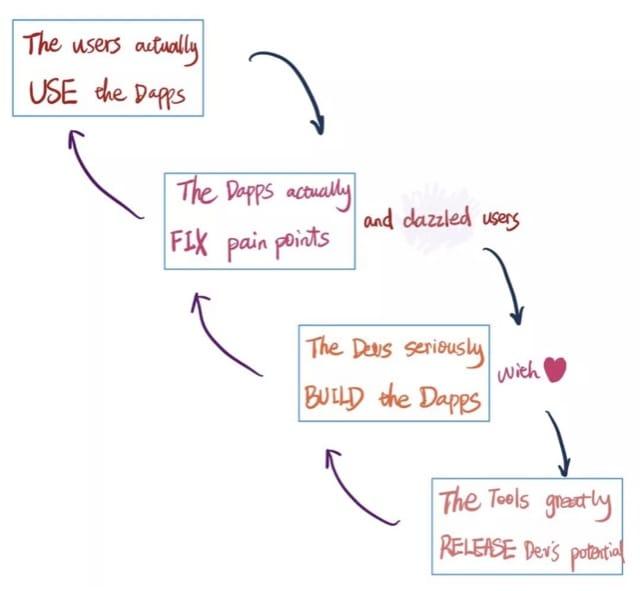 By solving the missing part of the flow we will be able to create apps and products that users are excited about. If developers, and builders are not able to build these apps then blockchain will never hit its full potential and achieve mainstream recognition.

In the graphic below, you can clearly see the “chasm” between early adopters and the early majority. So, what is the next logical step for blockchain? How do we enable developers to build “delightful” applications and how do we create amazing user experience with blockchain? 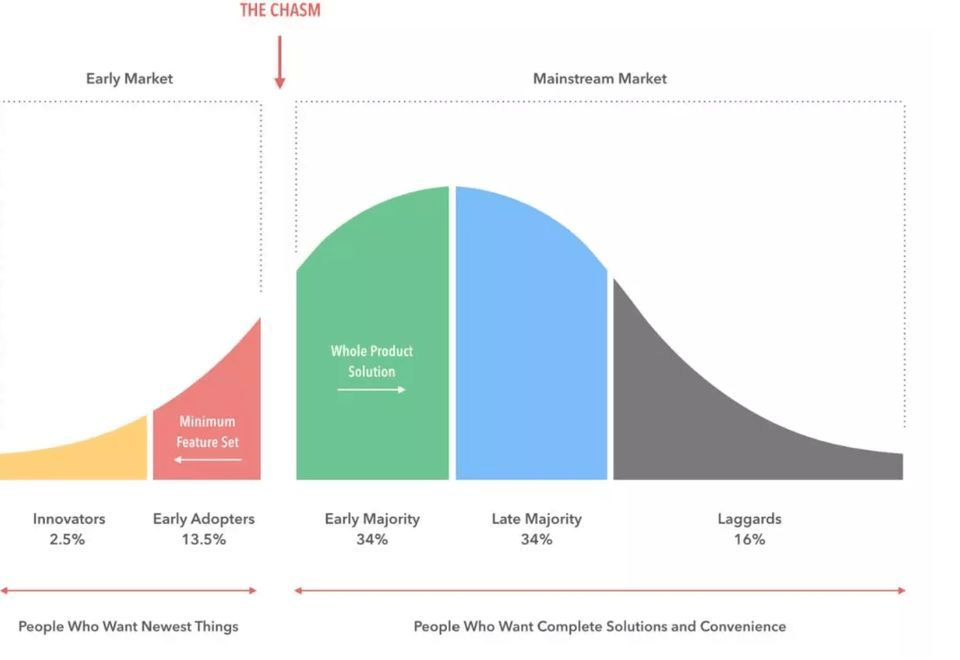 We believe that this gap between mainstream users and blockchain technologies is a historic opportunity for Forge Framework, our newly launched blockchain application framework.

We believe that Forge will:

After more than a year, Forge Framework and Forge SDK have finally taken shape (although there is still a lot of room for growth) with many of the most popular languages already supported - Javascript, Python, Erlang and more - ensuring that developers can use the language and workflows they are already comfortable with. No more specialized languages, no more complicated virtual machines, just let developers do what they do best - write code.

To demonstrate the power of our Forge Framework and Forge SDK, we have an actual example in this lecture:

It’s that easy and by learning a few basic concepts anybody can immediately begin building their own blockchains.

You can learn more about Forge Framework and SDK or visit our learning page to watch the video.