Get Started
Introducing the ArcBlock Blockchain Platform and Ecosystem

ArcBlock is an industry leading project that was created to give developers everything they need to build, manage and deploy decentralized applications easily and solve many of today’s problems in using blockchain for businesses including banking, finance, IoT, gaming, legal and more.

ArcBlock was founded in early 2018, but the ideas behind the development platform and ecosystem started much earlier than that. Originally conceived as a “knowledge sharing platform” Founder and CEO, Robert Mao, he was quick to recognize that many users coming to the website in an attempt to solve many common issues that were many in the blockchain industry were encountering - poor performance, lack of features, scalability, vendor lock-in and more. Like any good startup, the concept behind ArcBlock shifted to focus on creating a blockchain application platform and ecosystem that continued to leverage decentralization, while at the same time solved many of the problems developers were encountering with legacy blockchain 1.0 and blockchain 2.0 systems.

ArcBlock shouldn’t be thought of as a company, blockchain or cryptocurrency, but rather a larger “blockchain services” platform that includes everything a developer needs to successfully code, deploy and manage decentralized applications and blockchain-enabled services easily.

ArcBlock solves many of today’s blockchain problems - complexity, scalability, vendor lock-in, developer tools and more. ArcBlock is the first blockchain application development platform to provide a complete end-to-end user experience designed to allow developers to build their blockchains and decentralized applications and enable their end-users with well-designed user experiences and features that make adopting and using decentralized applications easy. Gone are the days of scalability issues, no more generalized public chains, no more custom development languages requiring specialized languages. Developers can simply create their own custom blockchains using their preferred language to support their use case.

Using the successful web application model proven over the 20-year, ArcBlock Blockchain services platform has reinvented the web stack allowing developers to maintain their existing application models but leveraging the latest blockchain technologies, cloud services, and interconnected blockchain network designed to support millions of blockchains and applications that are interoperable with each other. 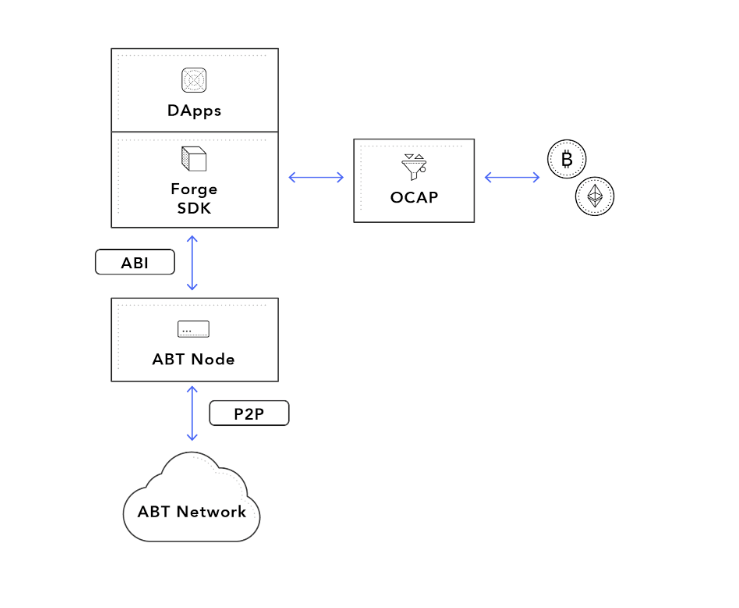 A key component for ArcBlock’s platform is Forge Framework, which gives developers everything they need to build their DApp including public APIs, blockchain backend, rich developer interface, diversified wallet system, decentralized identity. Forge is designed to support custom and multiple DLTs easily. Similar to what Ruby on Rails did for web development, Forge Framework was created to solve many common development problems when building decentralized applications and reinvent how developers build distributed ledger systems. Out of the box, Forge Framework includes features, but are not limited to, the following:

Forge SDK is a complete software development kit (SDK) for the Forge Framework that gives developers everything they need to build blockchains and decentralized applications easily. Unlike other public chain solutions (e.g. ethereum), Forge gives the developers and application builders the freedom to launch their own custom blockchains using their own application logic. Developers can easily build their own blockchains on top of Forge to allow their users to support almost any type of use case that they can imagine. Forge includes language support for Python, Erlang, Node.js and more. Developers also have access to industry-leading transaction support including the ability to add new transactions into their app without the need to restart their blockchain.

Forge SDK also enables non-blockchain developers by allowing anyone to build services that leverage blockchain technologies and their benefits including:

ArcBlock’s ABT Blockchain Node is designed to be the simplest blockchain node software to help users, and developers manage and run their DApps, and blockchain-enabled services. Users can set up an ABT Node locally on their laptops, or deploy an ABT Node on one of many ArcBlock cloud partners including AWS, Azure and more.

Every ABT Node gives users the ability to easily see the health status of their blockchain node including storage, network, and consensus. In addition, each node includes a block explorer to validate transactions and blocks being generated. ABT Node also includes a set for developer tools to make it very easy to debug an application including access to GraphQL to query and use blockchain data, as well as a simulator, decentralized identity workshop and more. 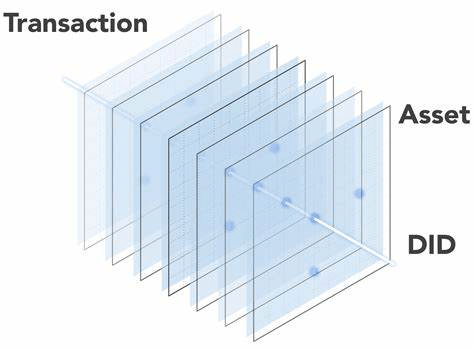 ABT Wallet is a new type of decentralized identity wallet uses the same technologies used by today’s leading cryptocurrencies combined with the ability to maintain and control your digital identity and leverage the power of decentralized identity to interact with apps, websites, training events, education and so much more. Learn more about ABT Wallet here. In addition to identity verification, you can also use ABT Wallet to store & transfer ABT, delegate ABT to validators, and vote on on-chain governance proposals.

The first protocol to support multiple DSA and Hash algorithms into a single protocol. To support the ABT:DID Protocol, ArcBlock will also leverage the DID Authentication Protocol that allows a user with a mobile wallet app and an application running on the ABT Network to mutually authenticate with each other by exchanging publicly verifiable claims. 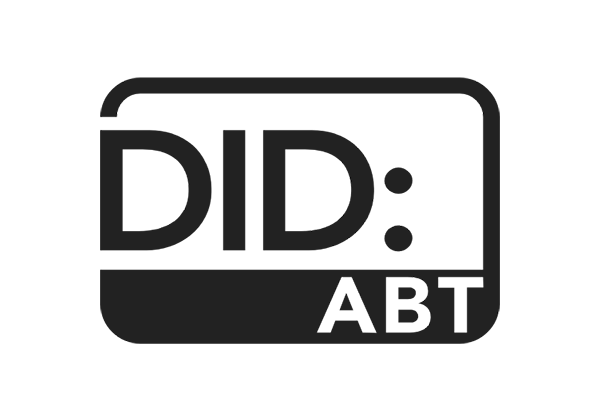 ArcBlock’s approach to DID’s is unique in that our schemas can support multiple DSAs and hash algorithms while others do not. the ABT:DID protocol method has been accepted into theW3C CCG DID Method Registry https://w3c-ccg.github.io/did-method-registry/#the-registry. Our authentication protocol includes a workflow follows these three processes:

Today, ArcBlock provides several types of block explorers. The first is ArcBlock’s universal explorer for the ABT Network. This explorer can use used to validate transactions on the network, review activity and more. In addition, users and developers also have their own block explorers that are available through the ABT Blockchain Node giving developers the ability to review their chain data on their node. 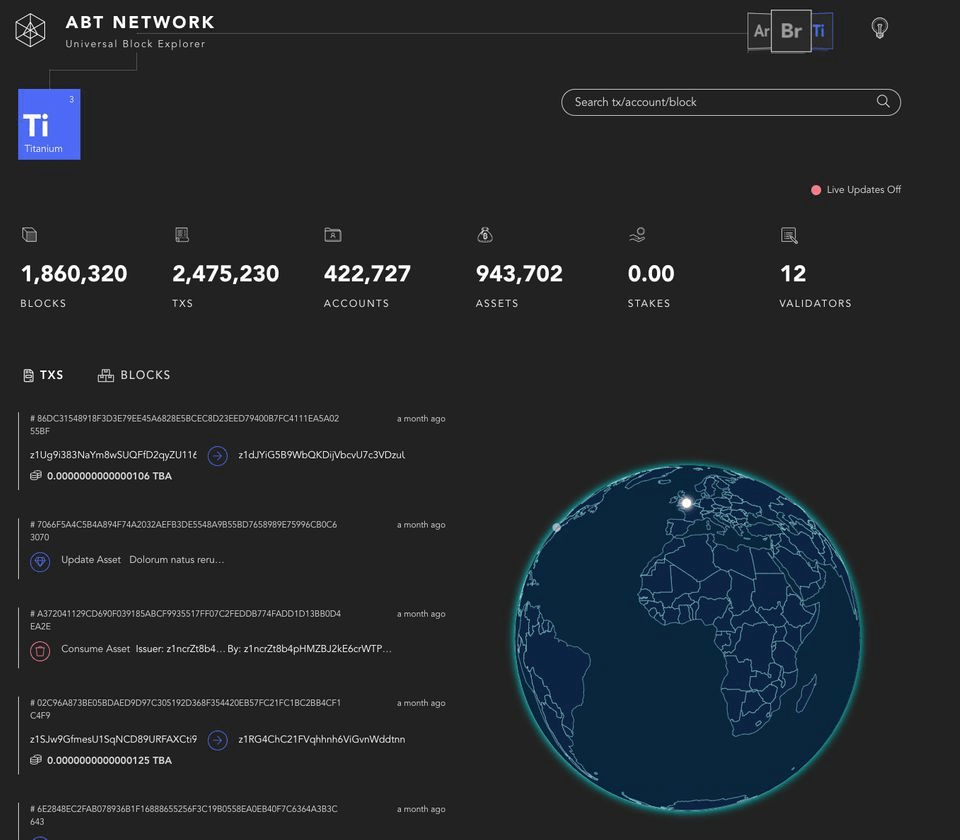 Forge-CLI is a command-line interface that lets you interact with the Forge SDK and ABT Network. Forge-CLI is the only tool that supports 100% of the Forge SDK’s features, including accounts, transactions, transfers, delegation, and governance. Learn more about Forge-CLI here.

Open Chain Access Protocol gives developers and organizations an easy way to access and use data from different blockchain data sources. Today, most DLTs are stored in different formats, require entities to run and operate their own indexing servers for the data and it can be difficult to consume DLT data directly into an application without a lot of specialized development and centralized infrastructure. Open Chain Access Protocol solves these issues by creating an abstraction layer for accessing underlying DLTs and giving developers a unified way to use and query the data required for the application.

Dapps Workshop is the first ever POC tool created for developers and product managers to test different decentralized application scenarios and gives them a low cost, high reward tool with no coding requirements including the ability to test trade-related transactions, encryption standards, DSAs, and Hashes, as well as testing authentication, identity, applications, cross chain and transaction workflows without writing a single line of code.

ABT Tokens gives users the ability to use and to contribute to the value, security, and governance of the ABT Network. ABT can be used to become a validator, or users can earn ABT through ArcBlock’s use of Proof-of-Stake (POS) and mining programs (https://www.arcblock.io/en/miner). Using POS, ArcBlock achieves a distributed consensus by having users participate in the staking process and creating value by validating the right transactions. On-chain governance is already included with ArcBlock and users can also vote with your ABT to influence the future of ArcBlock through future governance proposals.