Get Started
ABT Universal Resolver for Self-Sovereign Identity

ABT Universal Resolver for Self-Sovereign Identity

ArcBlock continues to expand the accessibility and use cases for identity-driven applications and its ABT:DID specification, which is now available through the Decentralized Identity Foundation's universal resolver system.

ArcBlock has successfully added their ABT:DID method to the Decentralized Identity Foundation's Universal Resolver system. By adding ABT:DID, ArcBlock is moving towards its goal of making decentralized identity accessible, compatible with other identity providers in the system and to support the next-generation generation services such as personal identity data systems, infrastructure and more.

The Universal Resolver system is designed to fulfill a similar purpose as Bind in a DNS system - the recursive resolver that enables the resolution of identifiers. However, this new system uses self-sovereign identifiers to replace domain names. For ArcBlock, this new system is important because this new identifier system is used as the basis for identity-driven applications and communications systems. If you think about it, without identifiers, we wouldn’t be able to have relationships, transactions, data sharing or messaging between entities. 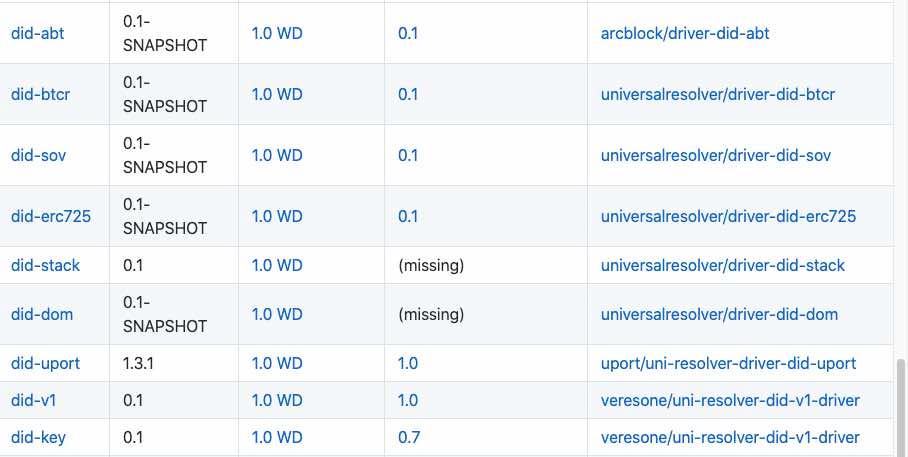 The workaround the Universal Resolver system is directly related to the work that is being done by the Internet Identity Workshop communities around a Decentralized Public Key Infrastructure (DPKI), and Decentralized Identifiers (DIDs), which support different “methods” for registering identifiers on decentralized systems such as the Bitcoin blockchain, ArcBlock, Ethereum, IPFS, and others.

In the past, these types of “identifier” systems have been traditionally run by corporations, but with this new Universal Resolver system companies like ArcBlock can add their identity divers for anyone to build applications, architectures and protocols that are completely self-sovereign. There is no longer a need for a central authority to issue, maintain and revoke identifiers, and for ArcBlock the fundamental tenant behind this new resolver system aligns with our core mission to enable the use of identity-driven applications using decentralized identity, blockchain and more.

Of course, just having a system is not enough. The job of a “Resolver” is to discover and retrieve additional information that tells us how to communicate with the entity represented by the identifier. For example, service endpoints and the cryptographic keys associated with it. However, this new ABT:DID universal driver goes well beyond just supporting resolving an identifier. It also enables developers to support higher-level data formats such as verifiable credentials and other protocols in the future ensuring increased interoperability between the apps, identity services and resolver drivers.

Anyone can review and begin using ArcBlock’s Universal driver by visiting for details: 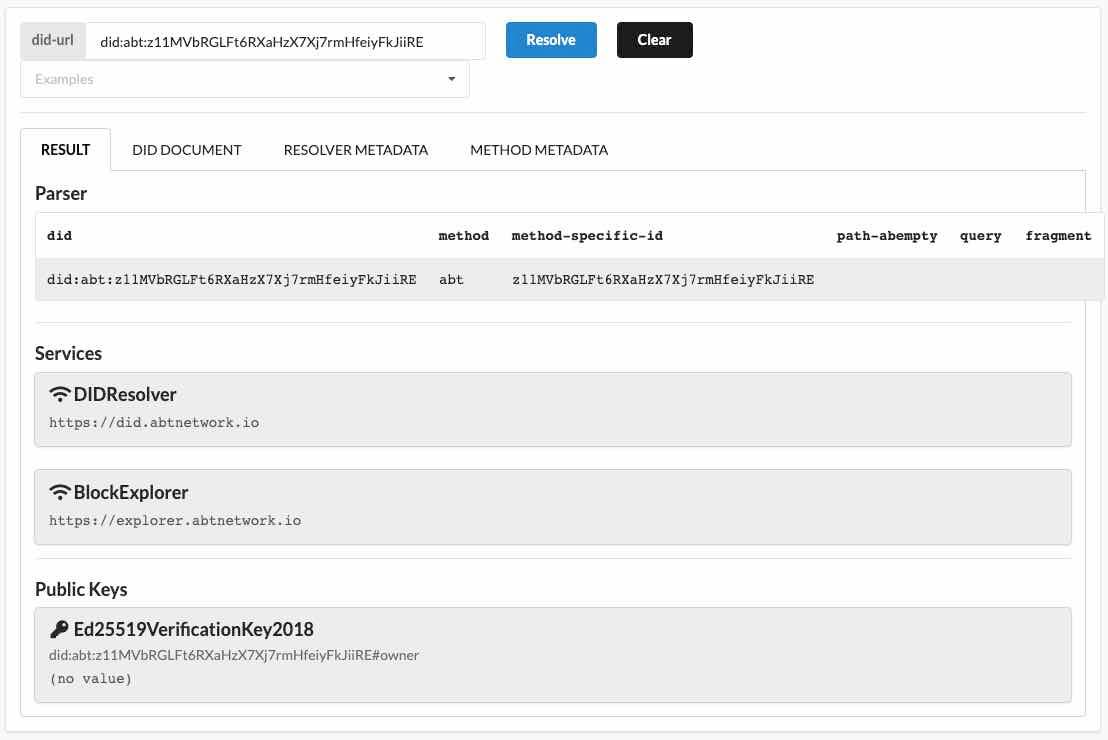 To get started, you can do the following to run the universal resolver system on your local machine.

You should then be able to resolver the ABT:DID identifier by using a simple curl request: